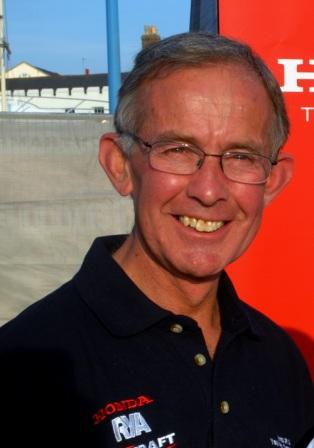 It was officially announced on 31 January 2010, in the Queen’s New Year’s Honours List 2011 that RYA Chairman Richard Langford has received an OBE for his services to sailing and windsurfing. The Honours List reflects and pays tribute to outstanding achievement and service across the community.

Speaking this morning Richard Langford said: “I have been exceptionally fortunate to be involved in the sport I love and to receive an OBE is an incredible honour and a total surprise.

“Sailing has been my passion all my life and to participate and work with so many people in windsurfing, sailing and latterly as Chairman of the Royal Yachting Association has been an absolute delight.”

Sarah Treseder, RYA Chief Executive said “We all send our heartfelt congratulations to Richard on his well-deserved recognition.”

Richard was elected Chairman of the Association in November 2007, having served as Deputy Chairman from 2004-2007.  This followed a five-year period as Honorary Treasurer which culminated in the purchase of the new headquarters and the move to Hamble.

Richard has served the RYA on numerous committees, (initially with Windsurfing – becoming its Chairman in 1995), and is currently a member of both the Operations and Finance Committees.  He has served as an International Judge, appointed by ISAF, for eight years and also as an Olympic Selector.

Prior to his work with the RYA, Richard was also instrumental in helping to organise the, then, new sport of windsurfing.  As a Committee Member / Treasurer of the United Kingdom Boardsailing Association (UKBSA) in the early 1980s, he was a driving force in organising, streamlining and promoting windsurfing nationally.  As an instigator of a national race series, he helped to lay the solid foundations of a sport that was to become recognised by the Royal Yachting Association and go on to become an Olympic event.