The one and only Dave White called in at our club on Friday 8th May for an article on Inland Waters for Boards magazine.  He arrived at around 5.30pm just as the wind dropped (typical) so he didn’t manage to actually sail, but it was great to have him at our waters and have a chat, and he did manage to get some photo’s of the tandem in action. 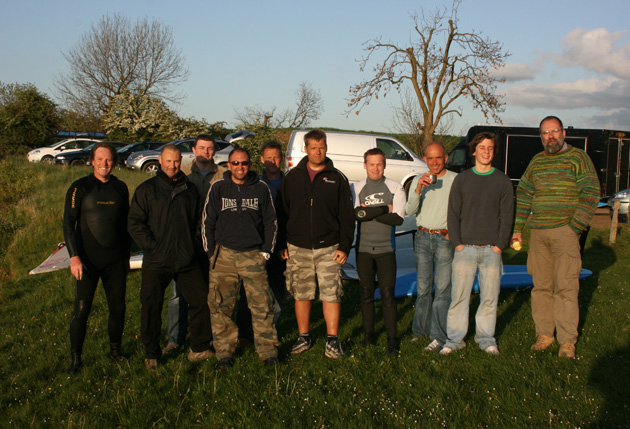 Dave White’s need for windsurfing speed has seen him claim not only a host of titles, but also the production-board world speed record. From the early days, back in the 80s, it’s been a story of broken bones and broken records for this son of an Olympic gold-winning yachtsman. During the mid-90s, he won three consecutive world windsurfing production-board speed titles and shattered the windsurf production world record in November 2004, despite recovering from a punctured lung.